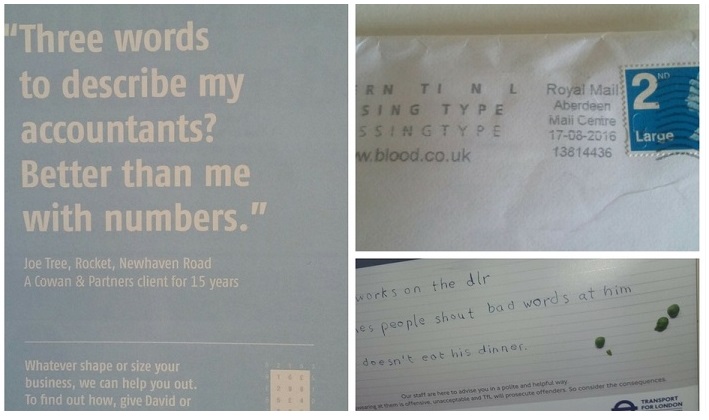 We all like to admire those classic examples of copywriting from the Economist, Volkswagen and Avis, but what about the modern-day, unsung copy heroes of our bus stops, train carriages and sandwich shops? Who takes the time to appreciate the creativity of the little guys?

Well, if you’re anything like me (or just like to stare at bus stops), then you’ll appreciate a hidden copywriting gem in a world of De Beers, Nike and Swiss Life. The following copywriting examples are from (mostly) lesser-known brands or sources that you may not have seen before. And if you have, feel free to gaze admiringly again anyway. 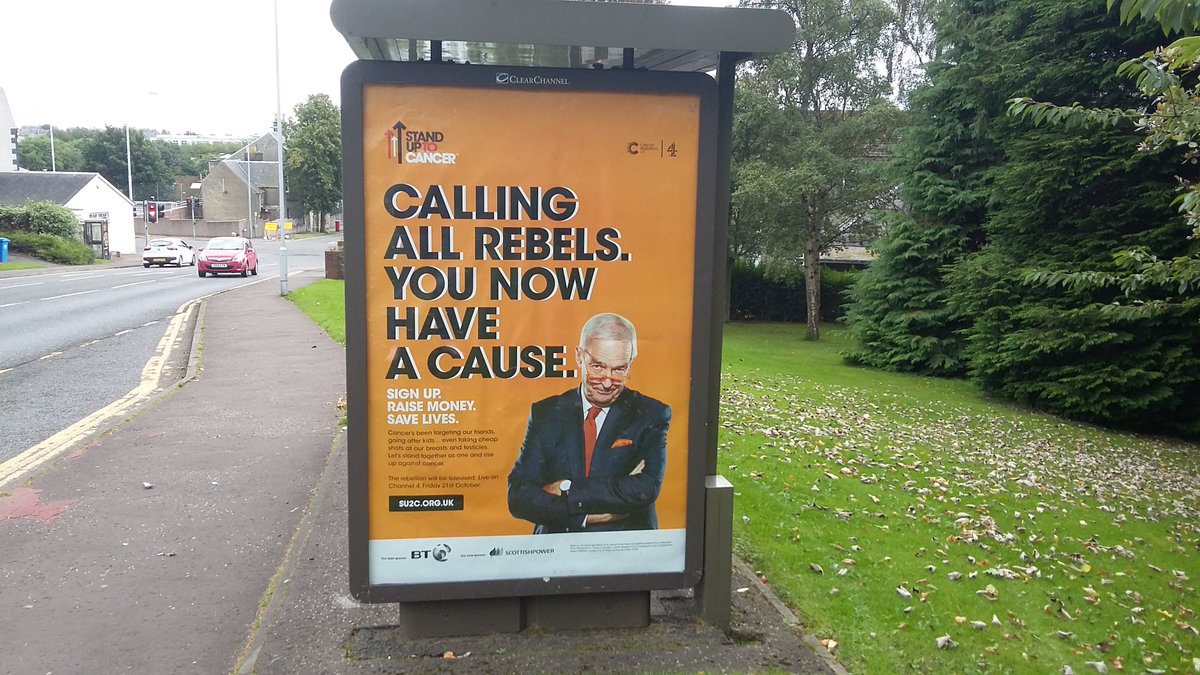 A great headline from Stand Up to Cancer that turns a well-known phrase on its head. However, what I like most about this bus stop ad is the subheading. A call to action, a feature and a benefit in six words – now that’s effective minimalist copywriting. 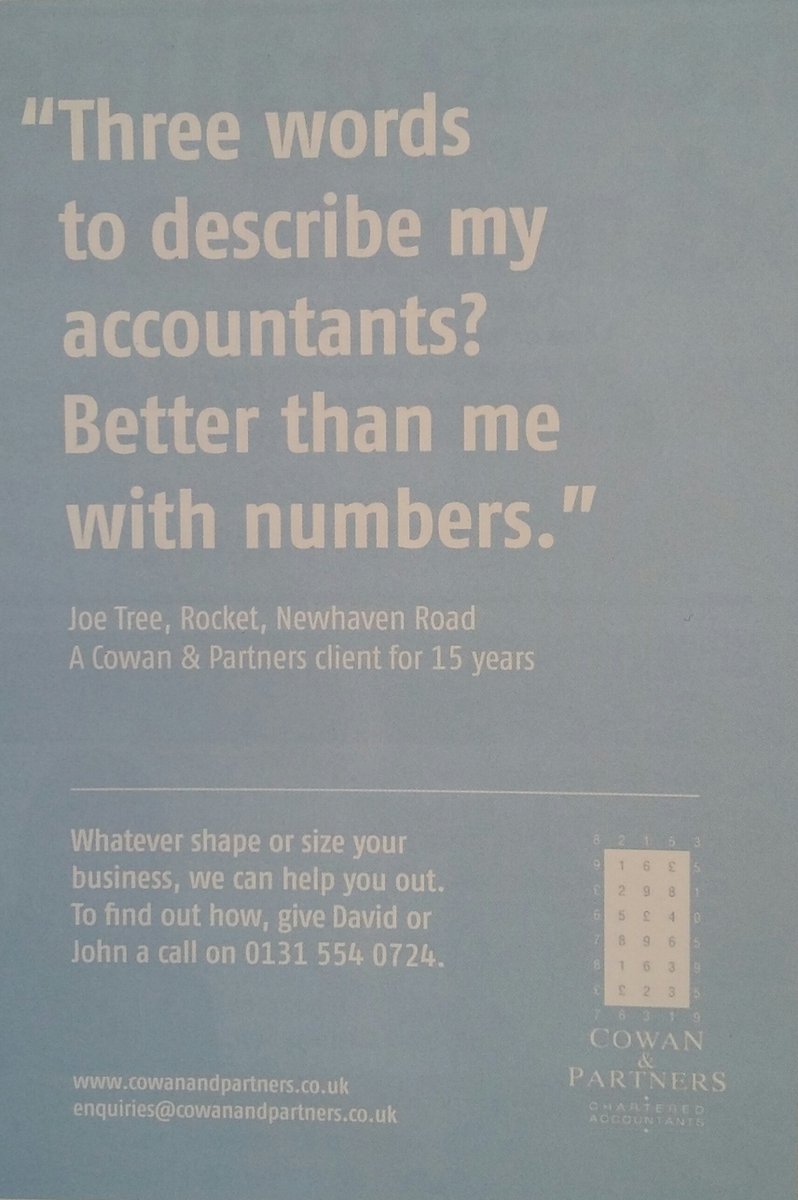 A clever piece of copywriting in the form of a client testimonial from this magazine ad in an issue of The Leither. Written by designer Joe Tree, for Edinburgh accountants Cowan and Partners, this headline is a perfect example of a clever ad that knows its target audience. 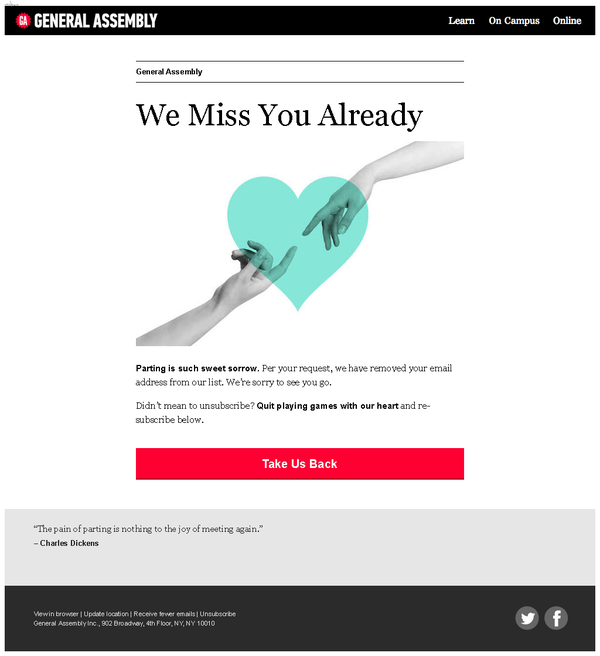 An unsubscribe message from education and careers training company General Assembly. Even though this farewell message will probably be the last correspondence that the subscriber receives, it leaves a lasting impression. And a good last impression goes a long way to a re-subscription in the future. What’s more, the company clearly knows its target demographic of people in their mid-30’s – Backstreet Boys, anyone? 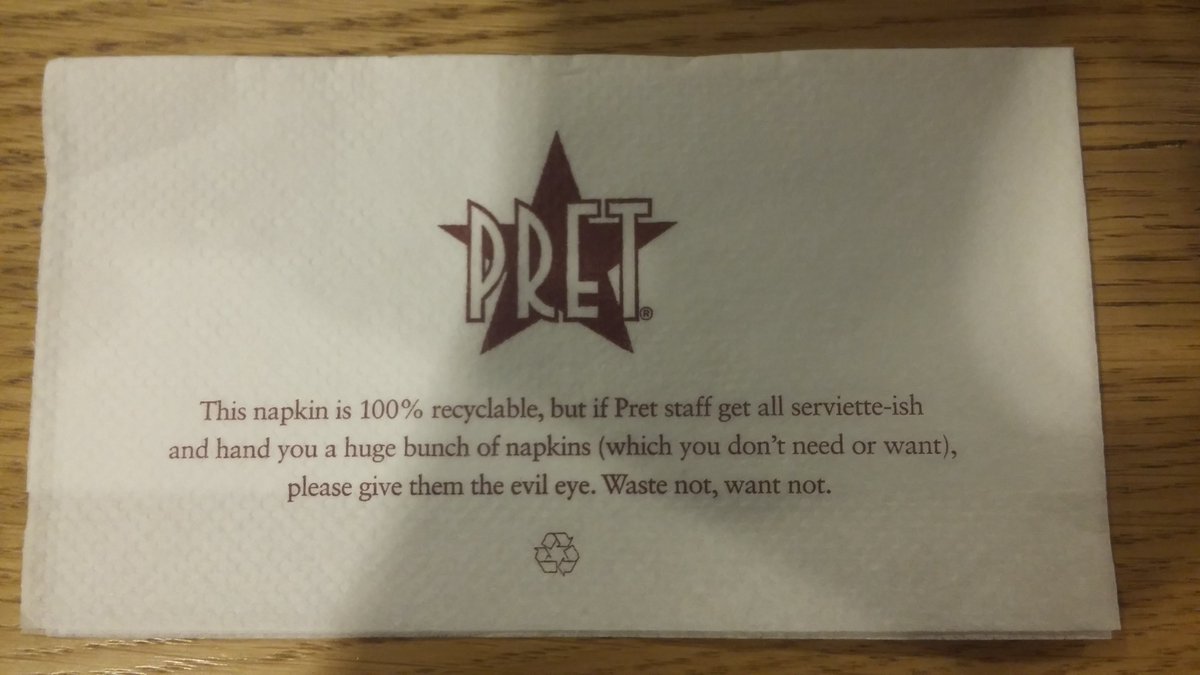 A quirky and effective copywriting example from Pret a Manger in an unlikely place. What I like about the copy is that it manages to be light-hearted while raising awareness of a serious issue. Not only does the messaging encourage customers to be environmentally conscious, but it cleverly makes the point that reducing waste is a collective effort by mentioning Pret staff. 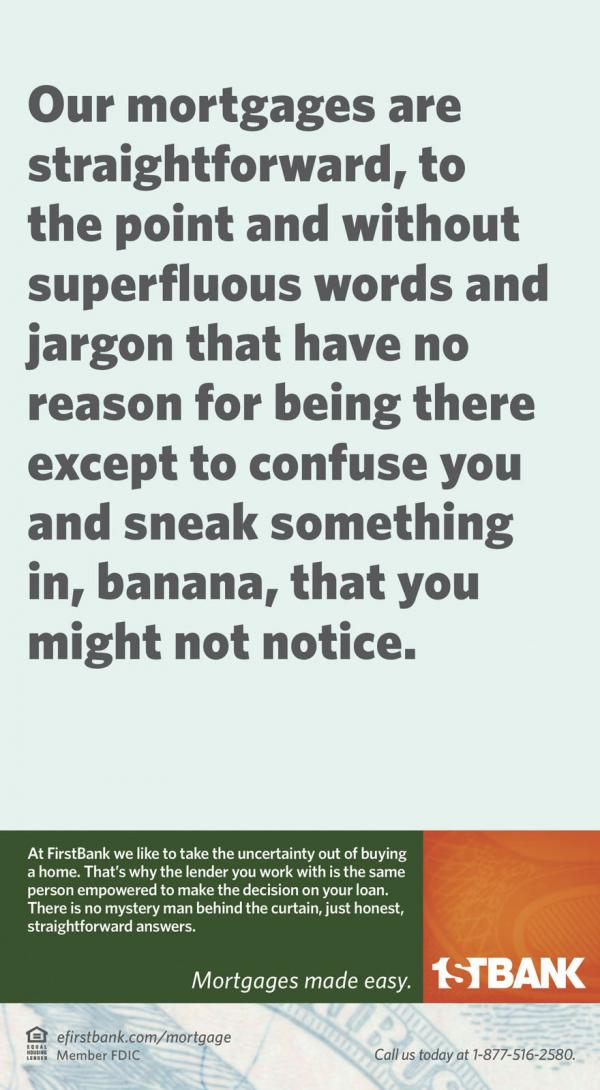 One of my favourite pieces of copywriting, this advert from First Bank draws the reader in with a long sentence and manages to hit upon a common copywriting peeve. Superfluous words and jargon aside, the copy rewards the reader with a double hit of humour if they read right to the end, making you feel like you’re in on a private joke. 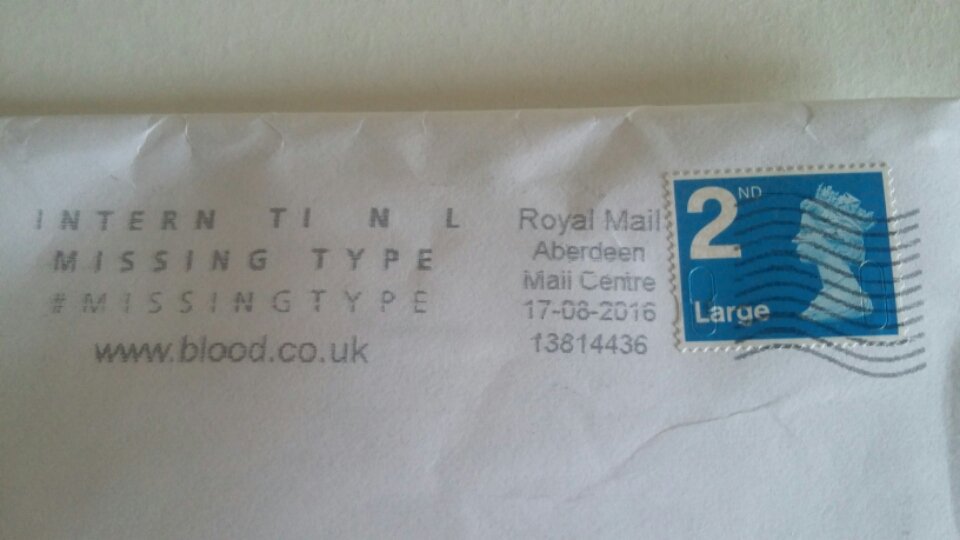 As part of an NHS campaign to encourage people to give blood, several brands dropped letters from their own names and marketing materials to raise awareness of the need for blood donation. The #missingblood campaign had a big impact and missing letters could be seen on street signs, shop signs, adverts, newspapers, shop receipts, envelopes and even company names. I particularly like the photo above of missing letters on a letter. A simple yet very effective piece of copywriting. 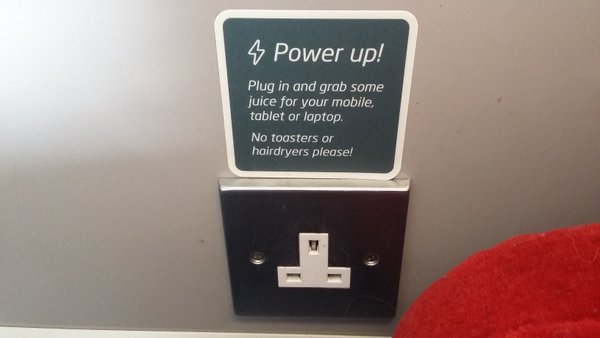 A quirky piece of copywriting on a Virgin train that manages to be informational, conversational and humorous all at the same time. 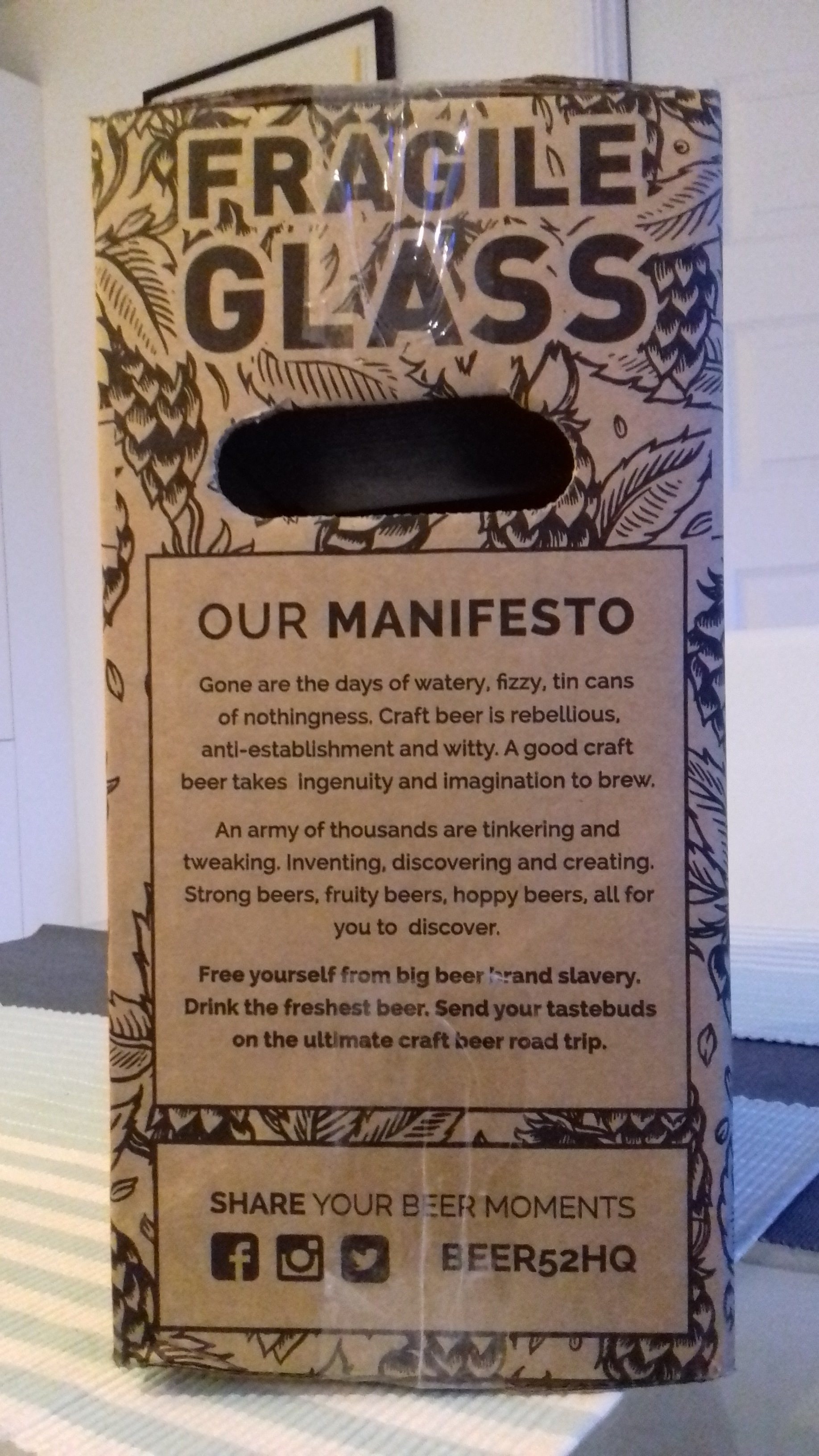 A well-written mission statement from the Beer 52 craft beer club. I really like how this copy flows and makes use of alliteration to give the writing a solid, consistent rhythm. 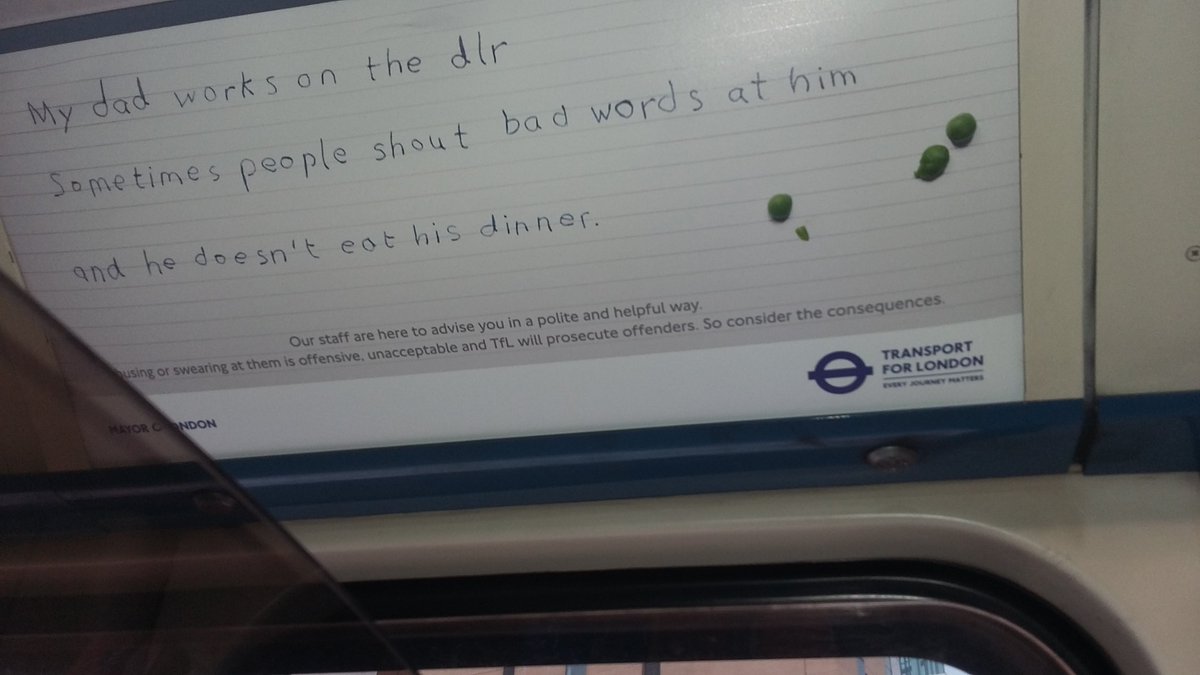 Probably my favourite copywriting example in this list, Transport for London‘s campaign to raise awareness of staff abuse drives home a serious message in an effective way. By adopting a child’s point of view, the copy creates a fragile, innocent tone of voice that puts the issue into real perspective. 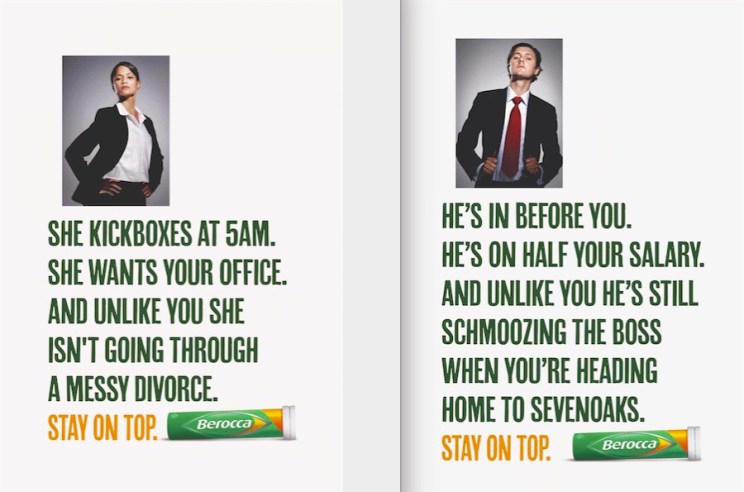 Some humorous copywriting here from Berocca that uses minimal storytelling to sell their multivitamins. By writing in the style of a job candidate profile, the tongue-in-cheek copy is immediately relatable to its target audience of busy office workers. 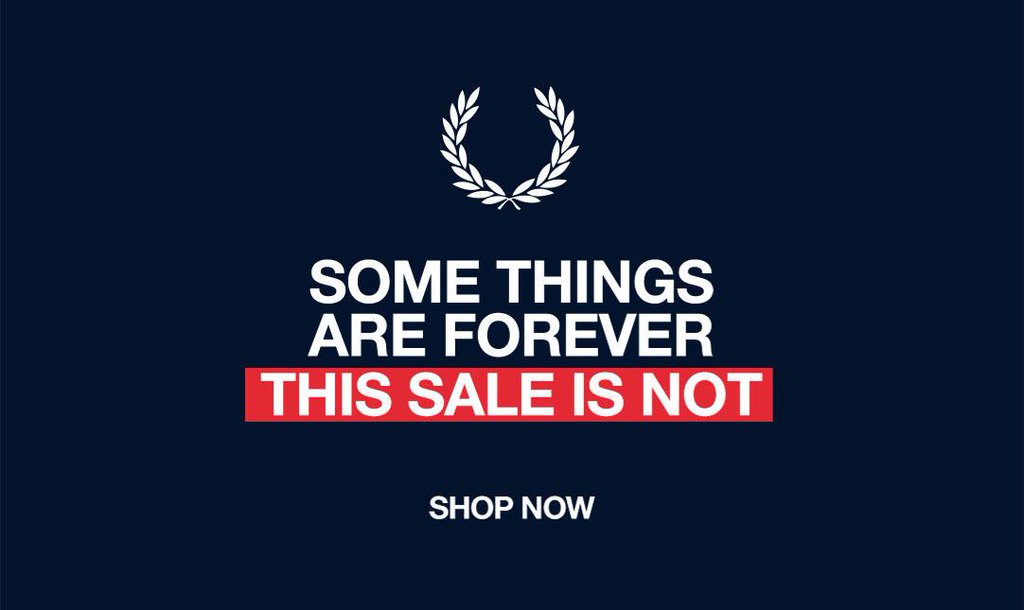 A screenshot taken from the Fred Perry website. Straight-to-the-point copywriting that grabs your attention and encourages you to take action. 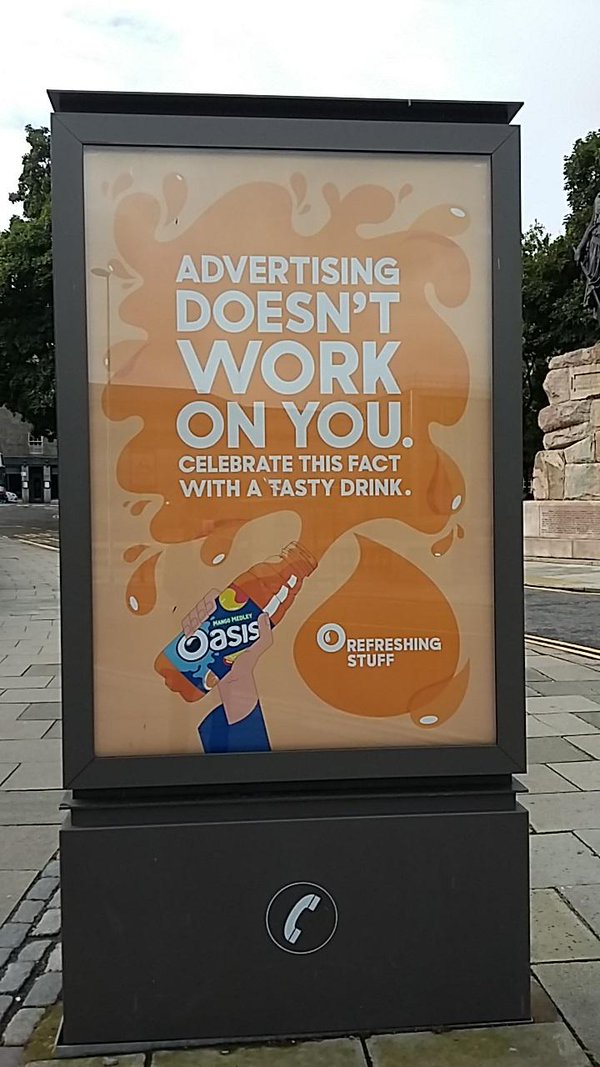 Okay, so you’ve probably seen this one before but it’s a great example of copywriting that speaks directly to the customer. The transparent, light-hearted messaging makes the reader appreciate the effort made by the brand. 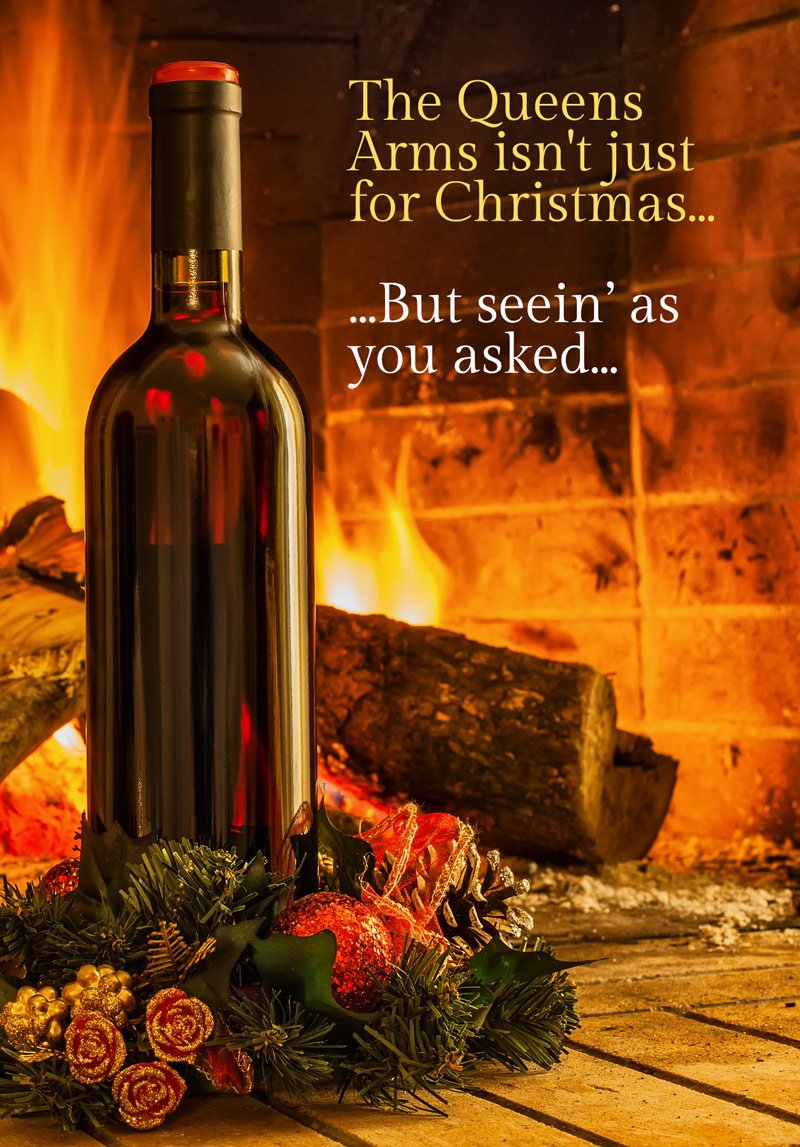 Just when you think you know where this copy is headed, The Queen’s Arms pub in Edinburgh (across from our offices) throws you a curveball. The welcoming tone of voice in this copy makes for an effective table menu. 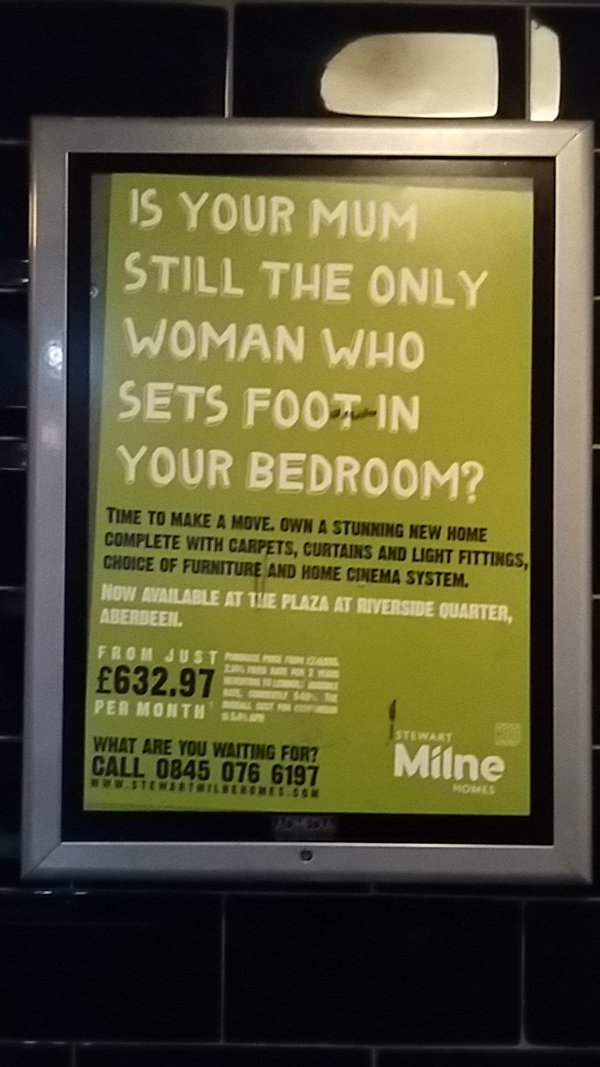 Attention-grabbing copywriting from Stewart Milne Homes that clearly understands its target audience of young, single men in the market to buy a property. 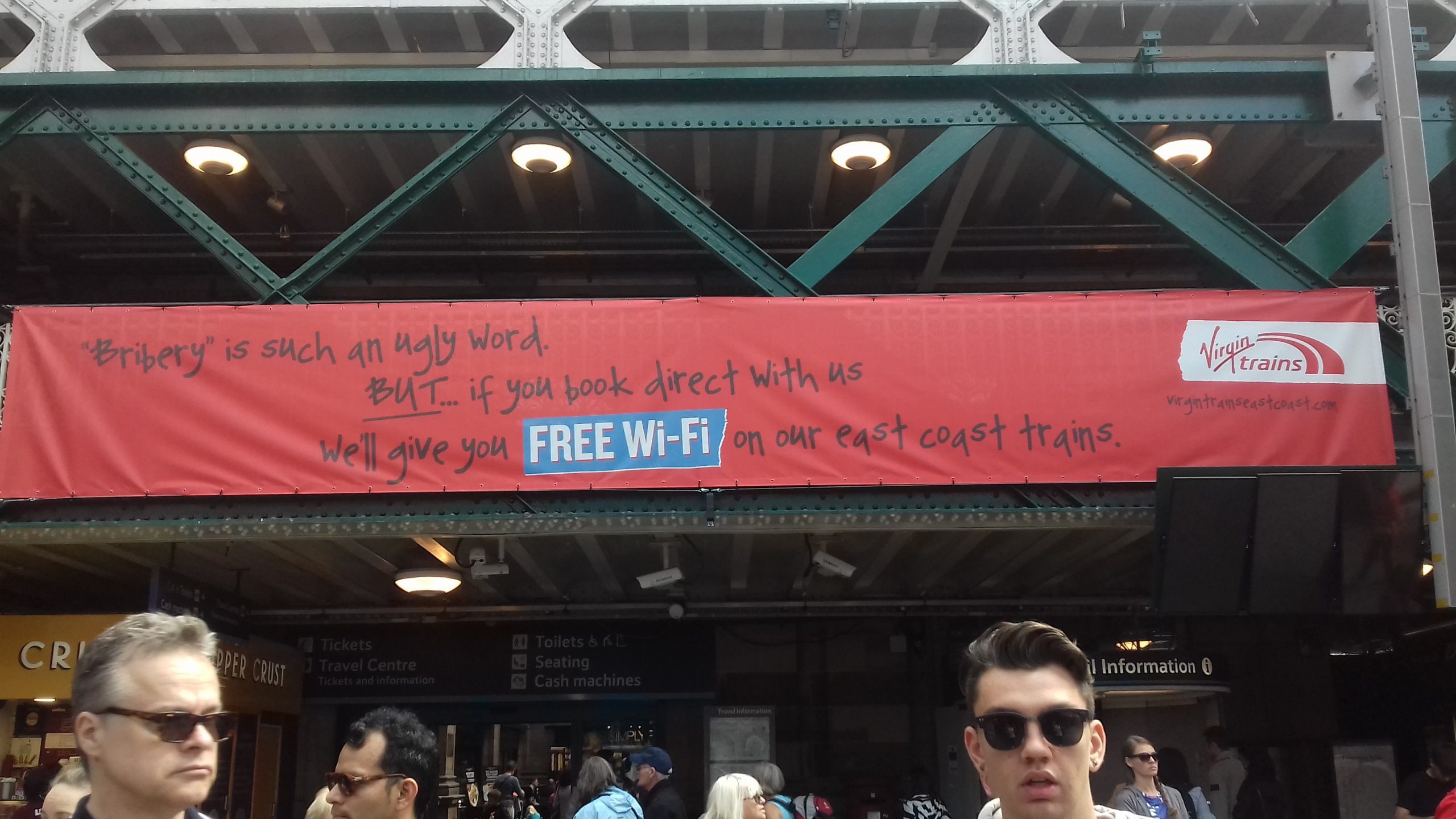 Another one from Virgin in their trademark quirky copywriting style. There’s definitely a growing trend of companies adopting an ‘anti-advertising’, transparent tone in their copy. 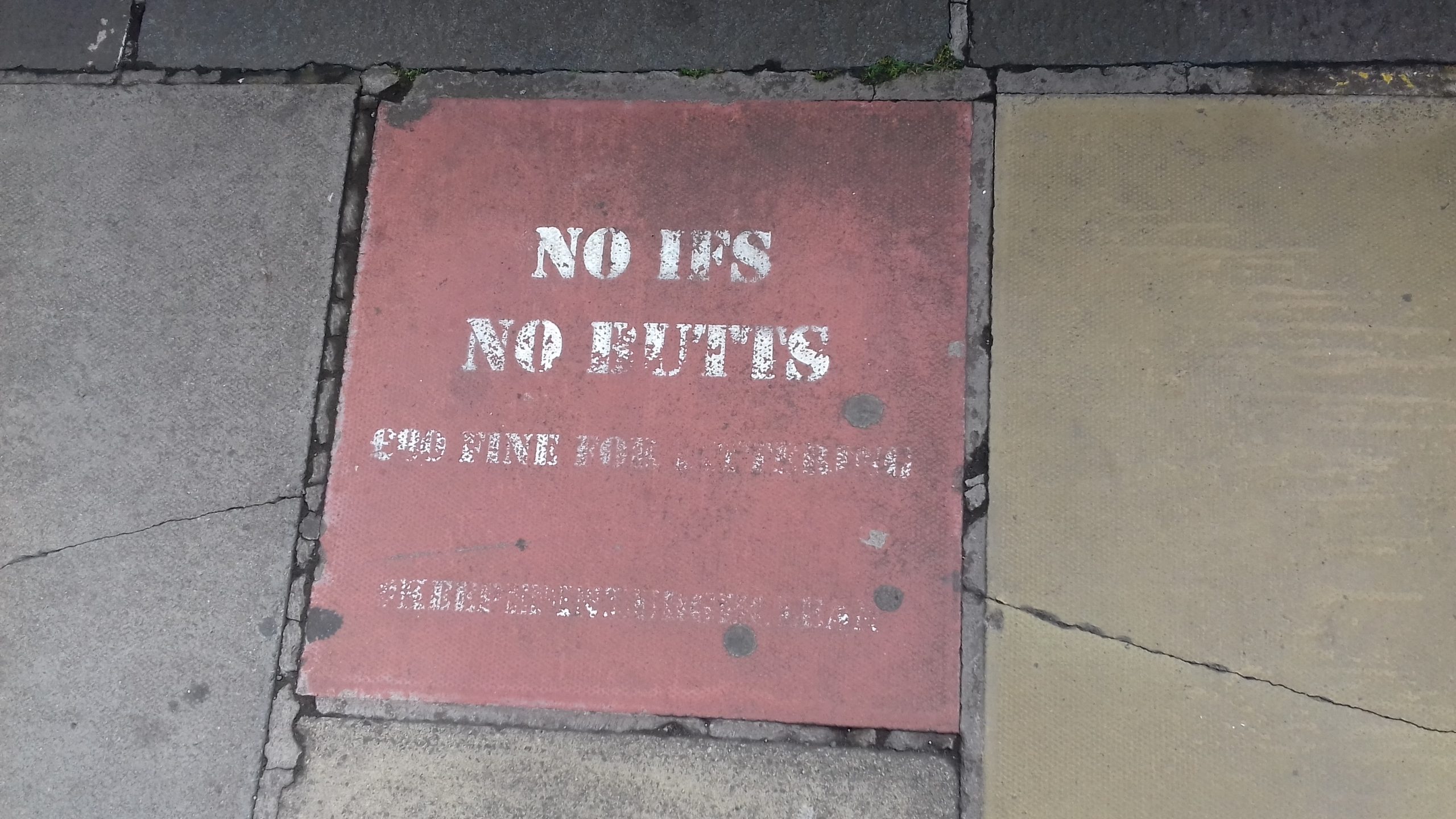 A good example of guerilla advertising to raise awareness of litter in the city. Not the best photo but the copy reads ‘No ifs, no butts, £80 fine for littering #keepedinburghclean’. 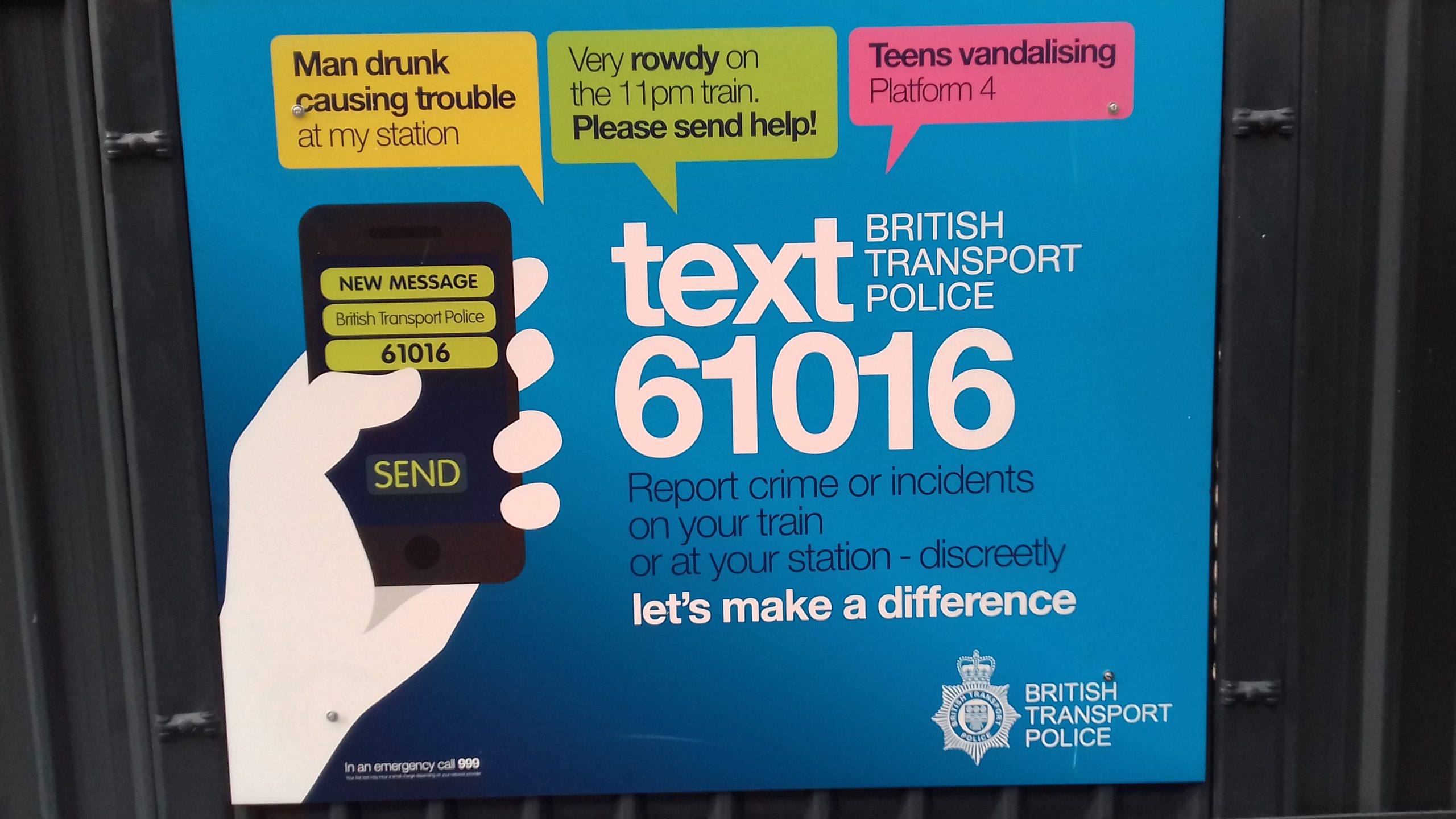 A good example of ‘show don’t tell’ copywriting from the British Transport Police. The copy delivers the message effectively and works well with the visuals. 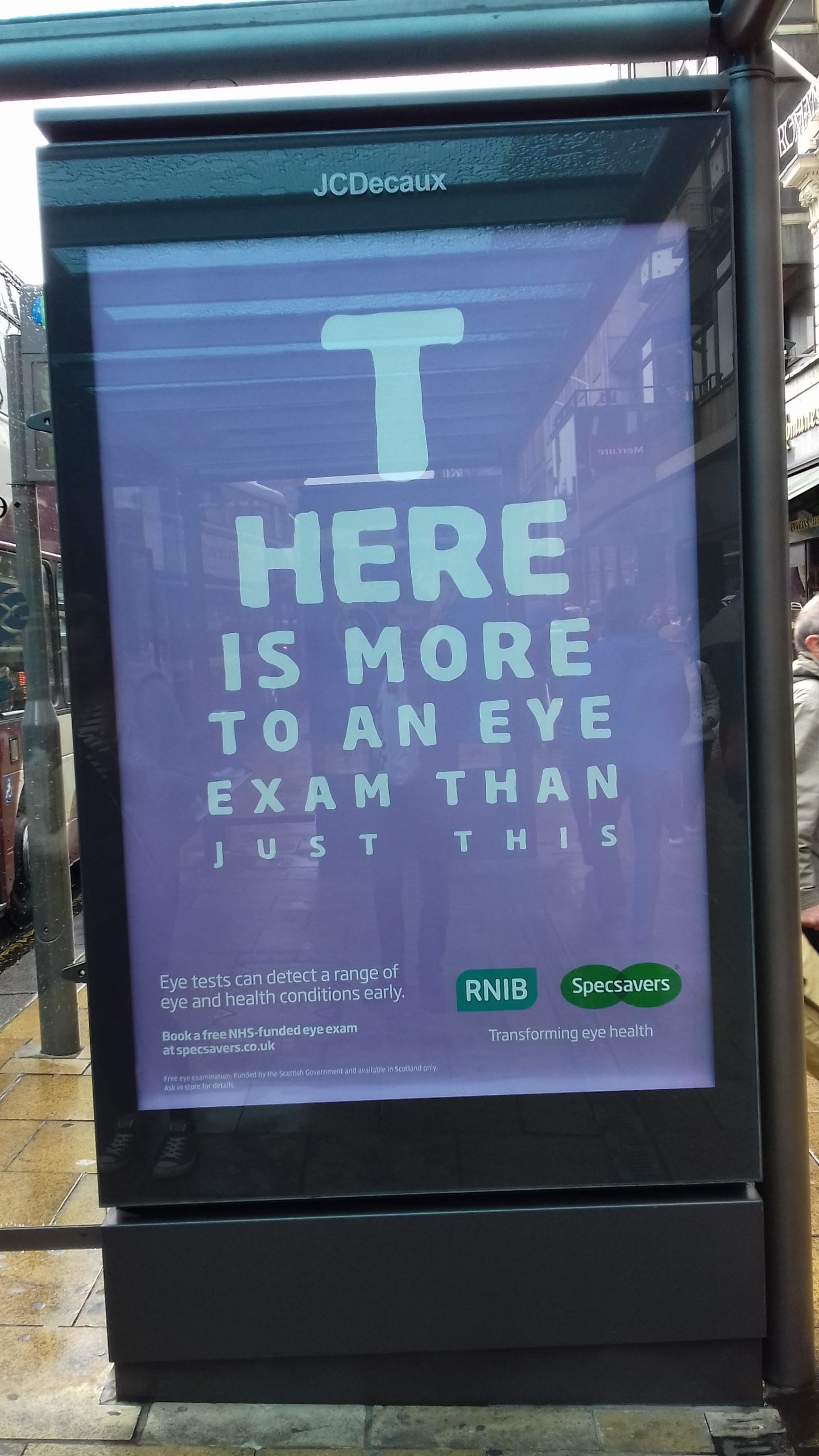 Thought-provoking copywriting from Specsavers. A simple message that’s enhanced by its layout. 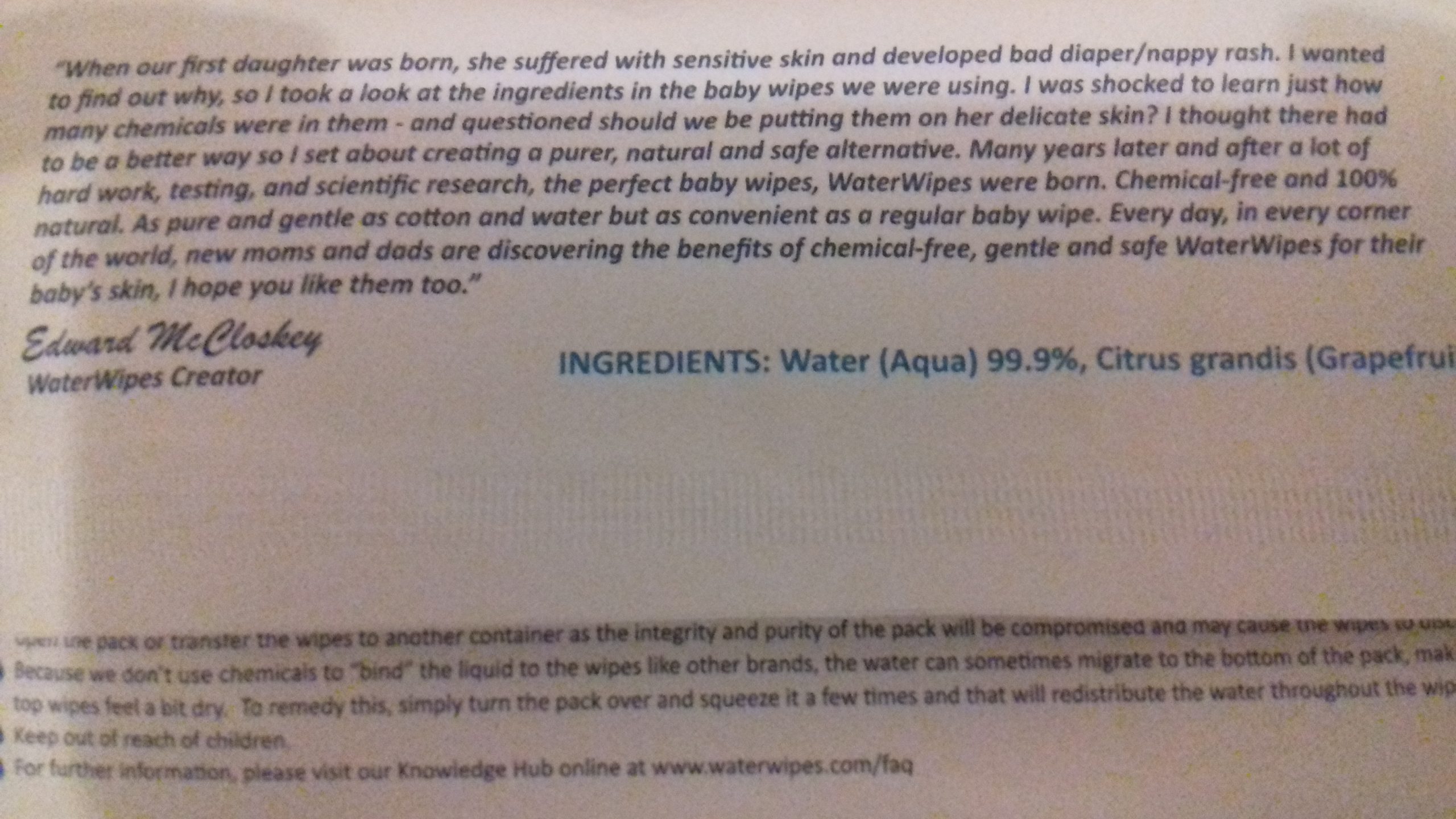 A really good example of brand storytelling in product packaging. This personal story from the creator of WaterWipes strikes an empathetic tone to appeal to its target audience of parents. The copy follows an effective structure of sharing personal information to gain trust, introducing the problem and explaining the problem-solving process. The product’s benefits are then introduced and the writer shows a little vulnerability in the phrase ‘I hope you like them too.’ 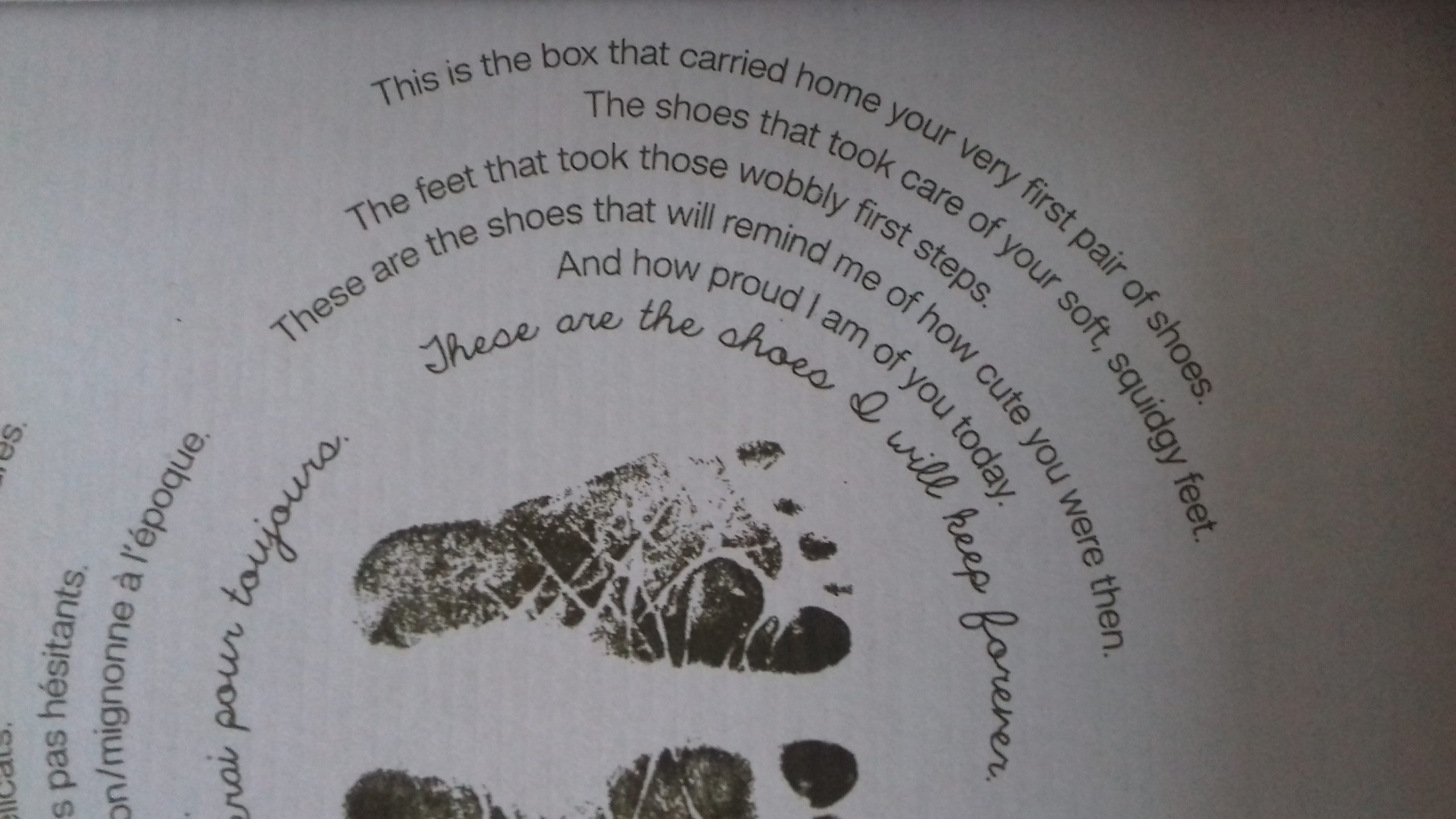 Some emotive copywriting from Clarks in this example. Written from a parent’s perspective as if talking to their child, the copy is both entertaining and emotional. The word choice, ‘soft, squidgey feet’ and ‘wobbly first steps’ captures the idea of children growing up quickly, bringing a sense of immediacy to the copy. The final line ‘these are the shoes I will keep forever’ helps establish the Clarks brand as an enduring family favourite. 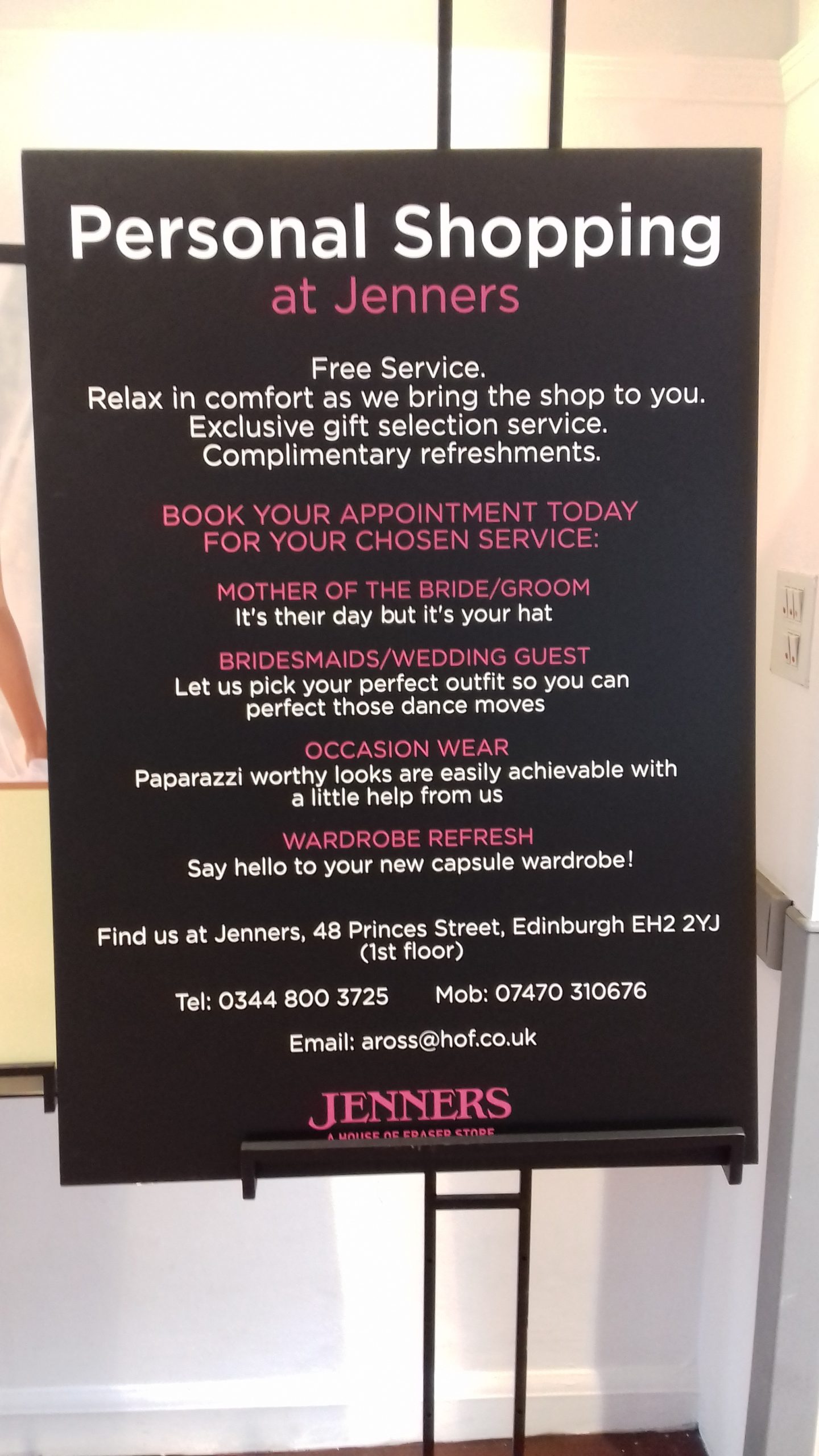 Another good example of how humour can be provide a certain ‘lightness’ to copywriting. Spotted in Jenners department store in Edinburgh, the copy brings a sense of relaxation to the often-stressful experience of shopping for a wedding. The lines ‘it’s their day but it’s your hat’ and ‘let us pick your perfect outfit so you can perfect those dance moves’ captures the dynamics of a typical wedding. 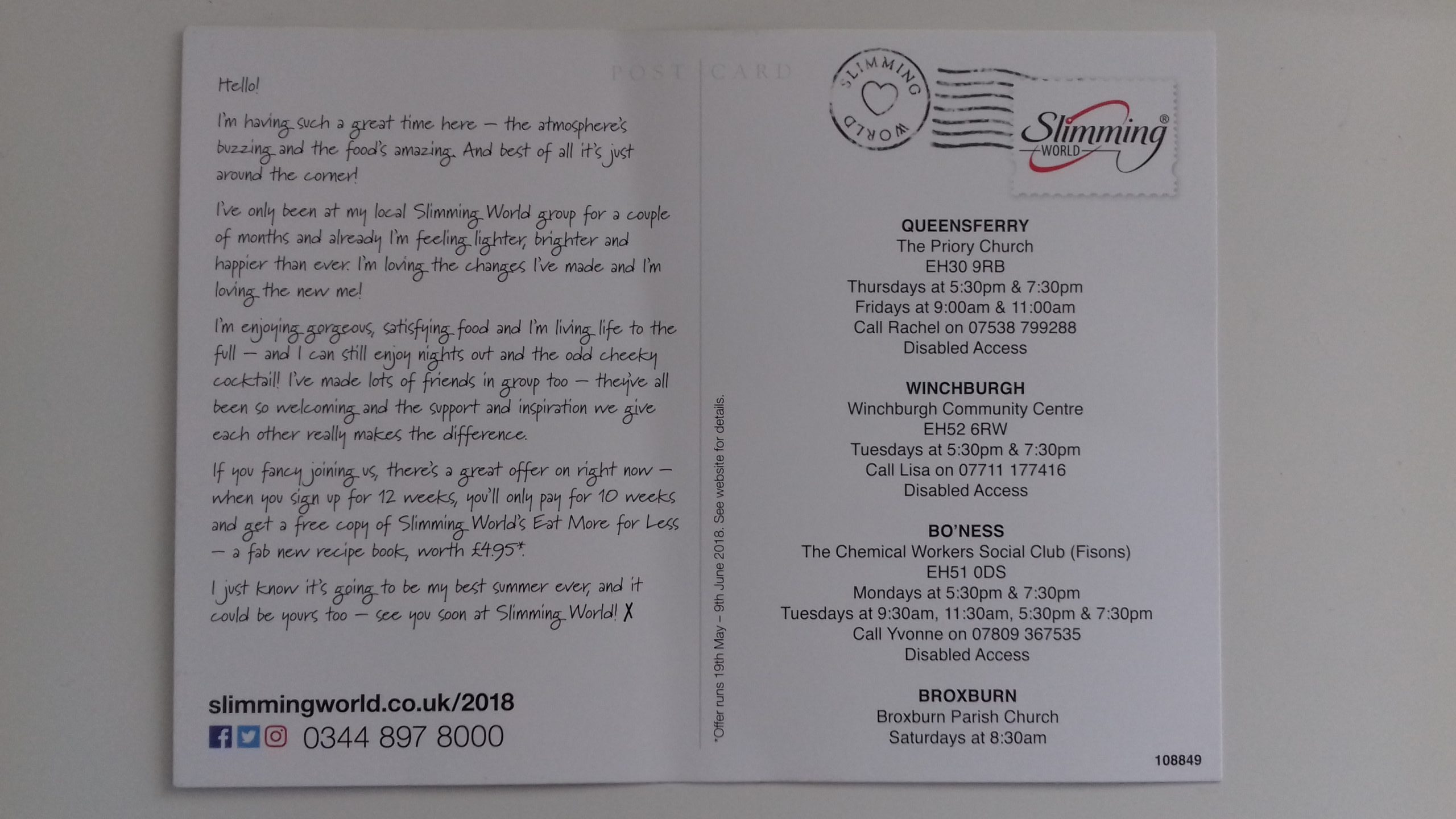 A clever advertisement for Slimming World in the form of a personal postcard. The handwritten font grabs the reader’s attention as it looks like a genuinely personal greeting. The positive language and the use of ‘you’ in the copy reinforces the upbeat, optimistic tone of the Slimming World brand. 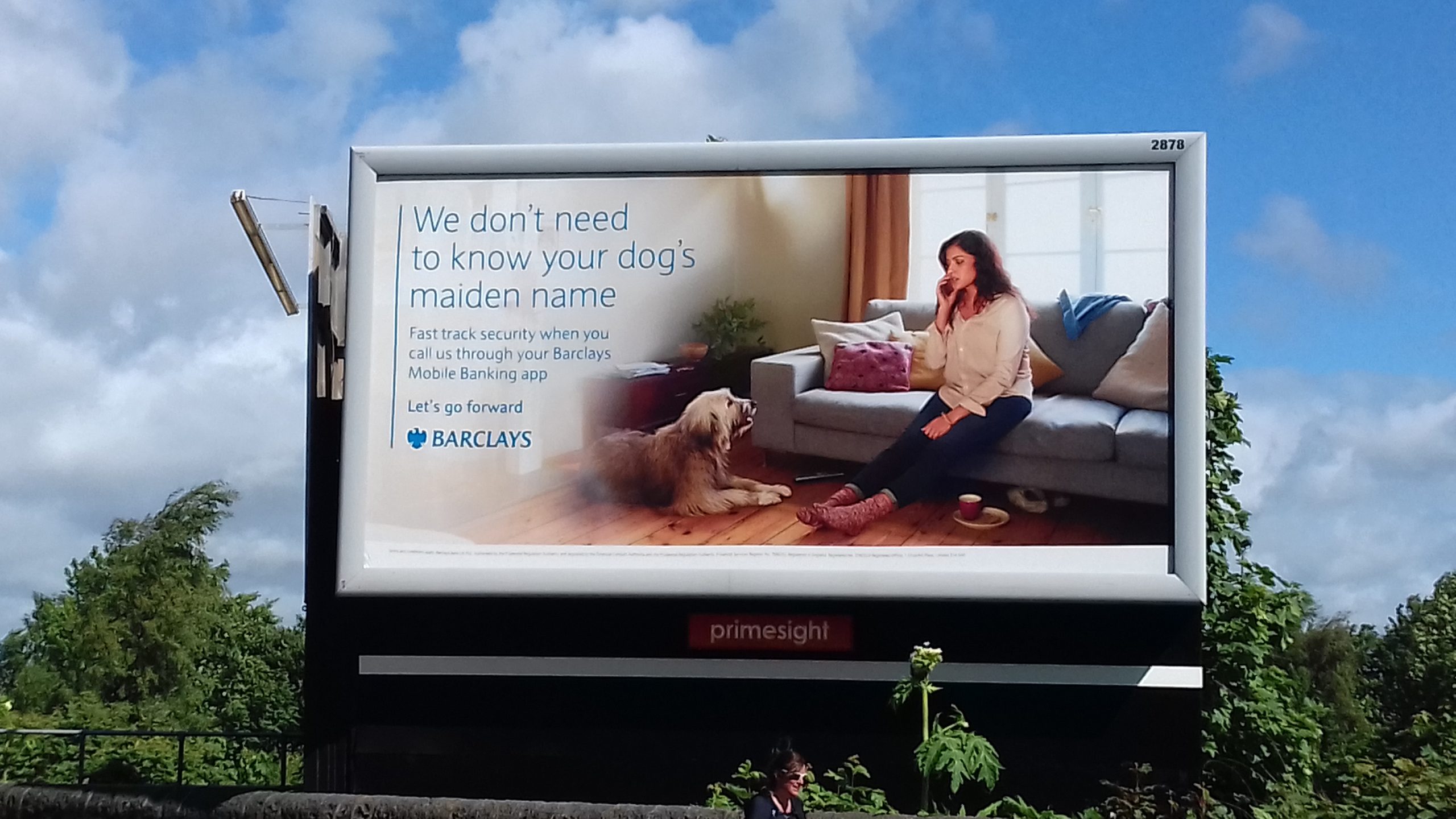 Some humorous copywriting from Barclays bank that manages to dig down into a common pain point for banking customers. 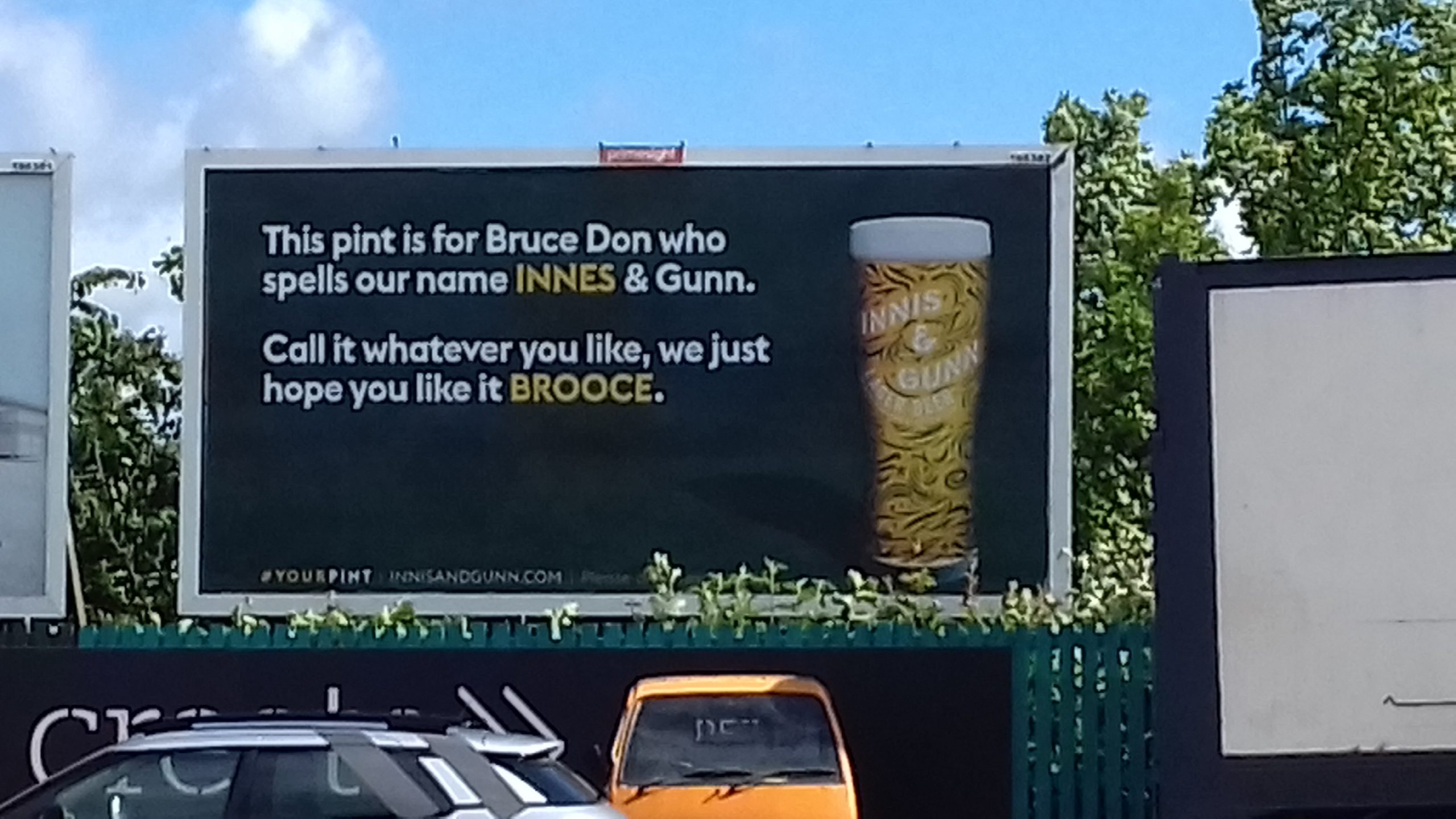 A humorous billboard advert from Scottish brewers Innis and Gunn. And a good example of brands using social media to showcase their personality. 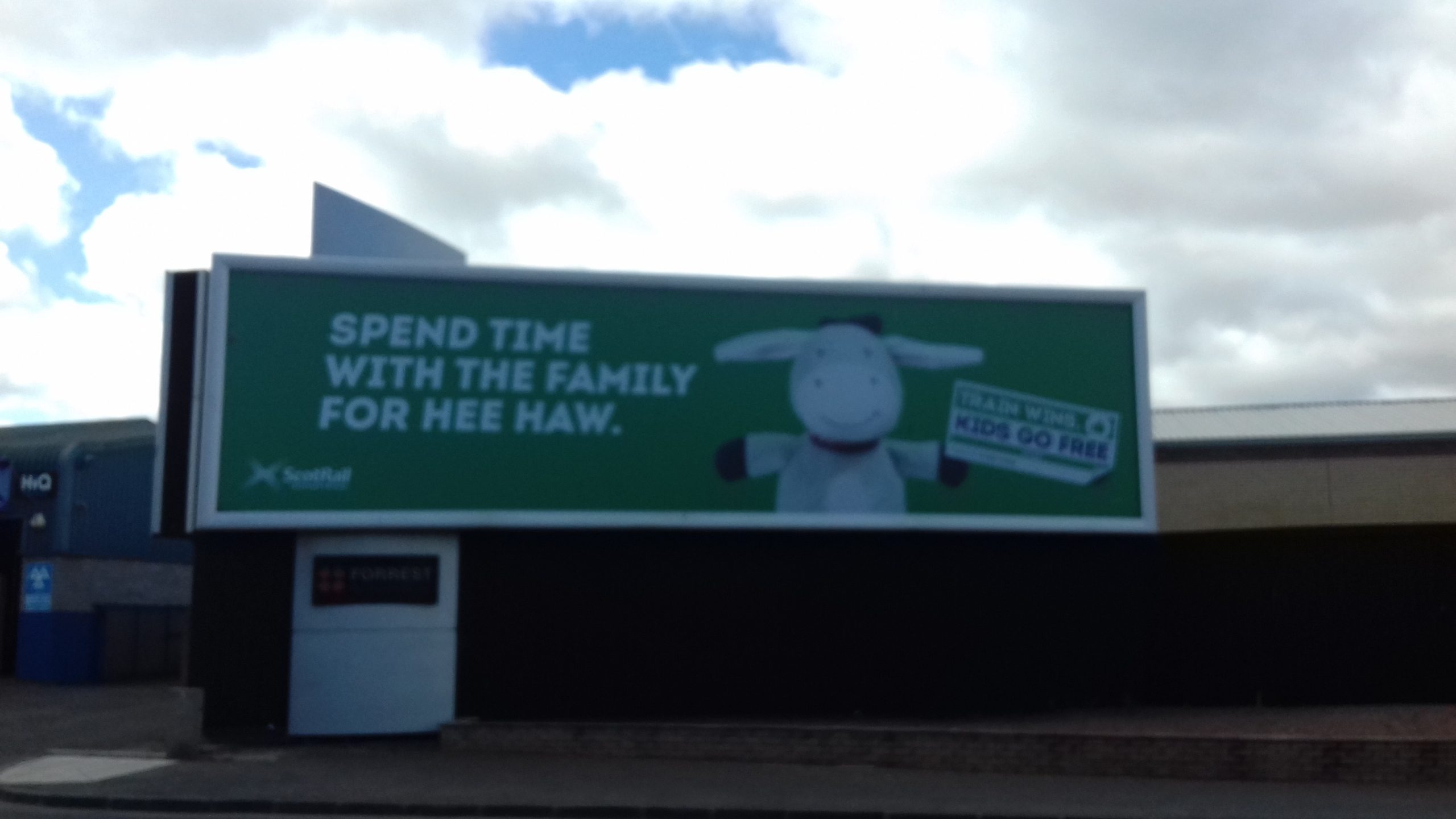 A clever use of Scottish Dialect in this copywriting example from Scotrail. ‘Hee Haw’ meaning ‘nothing’, taken from Glaswegian rhyming slang.

Any other lesser-known copywriting examples that you’ve been hiding up your sleeve, trying to keep from the rest of us? Share a link to your hidden gems in the comments below.

Copywriting Tips to Improve Your Marketing